A weekend in London with friends and family Part Two 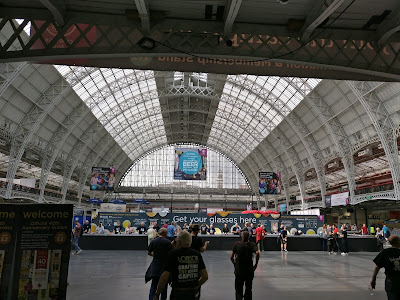 A very good breakfast consumed at Costa's Café meant that all four of us were ready to head off to the Great British Beer Festival. The sun was shining and we were in good spirits, despite a night in the 'Lodge. This was a return visit for Michelle and Karl, but, Hannah's first time......as for me, let's just say I've been a few times over the years! 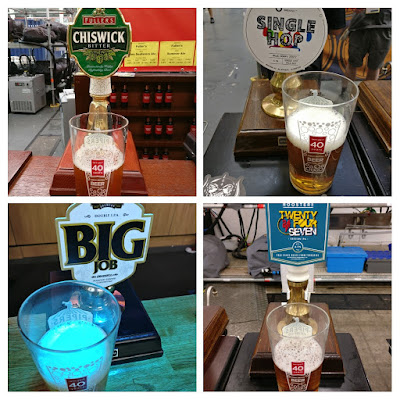 Here are four beers that I tried that I really enjoyed, all them in great condition, the 360 Degrees and Roosters went especially well with the pork scratchings I bought and shared (when I say shared, Karl had one, and the girls declined my kind offer.....oh well). And, I was very pleased to see Chiswick on the Fullers bar, an underrated session strength bitter than should still (in my opinion) be part of their core range. With regard to the experience as a whole, I think I am still processing my thoughts on this so might be subject to separate post (you lucky lot!).

As Karl & Hannah were only in London until mid afternoon and Michelle & I were due to meet up with my brother and his partner, I decided there was only one place we could all go/meet - Brewdog in Shepherds Bush, and, this is why: 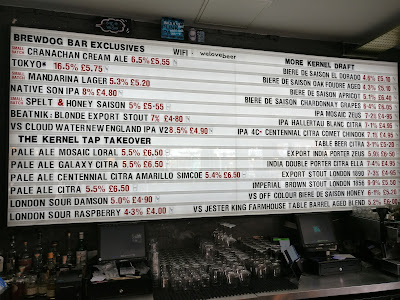 Need I say more? A Kernel tap takeover @ Brewdog..........yeah, it was such a tough decision!
While supping a rather excellent Export India Porter Zeus, we concluded that we should paddle our way through the range of beers on offer. 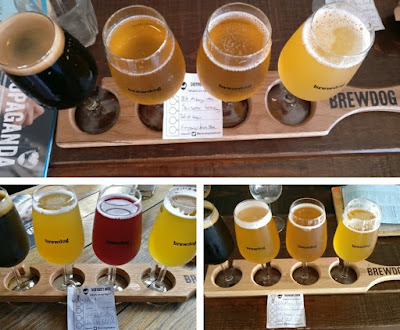 However, after paddle number one Karl & Hannah handed over their baton to Brian and Alison (the aforementioned brother & partner), who quickly got into the swing of things with their own paddles. In total I sampled 13 of the Kernel beers and threw in a Tokyo taster for good measure (courtesy of SXBottleshare friend, Andrew, cheers pal!) across a 6 hour stay in Brewdog. I won't bore you with all the details, but, according to Untappd, the lowest score was 3.5, with the highest being 4.25 - all of them I would have again, with the highlights being the Biere de Saison Honey, Biere de Saison Chardonnay and London Sour Damson. Don't get me wrong I loved the Pale Ales, the IPAs and the dark beers, but, the three I have noted above were so well balanced, so drinkable that they deserved the special mention (the burgers Michelle and I had are also worthy of a shoutout, we bloody loved them!)

Reluctantly, we all agreed that we needed to get over to Kings Cross (train for Brian & Alison, hotel for us), however, rather than sensibly stopping with the alcohol consumption, we decided to visit Belgo again, more Belgiany drinking fun ensued, plus we watched GB & NI win some medals in the 4 x 100m relays - get in, the spirit of Super Saturday lives on. The food that Brian & Alison devoured late on looked pretty damn good I must say, however, I was too busy enjoying my Bush Ambree and Troubadour Obscura to concern myself with food, although a cheeseboard might have been a good idea. Then the night was over, goodbyes were said, hugs and kisses all round and off we went.......or did we? 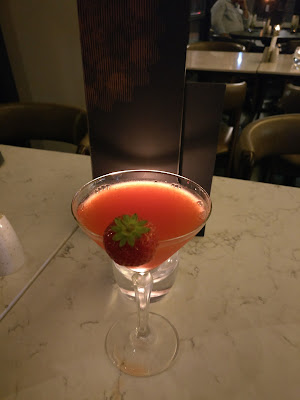 Michelle wanted to sample the cocktails next door in the posh place beside Belgo (my debit cried out in pain), while I opted for some gin. Saturday was finally over, so over, it was now Sunday! Goodnight all...........zzzzzzzzzzz.