A weekend in London with friends and family Part One 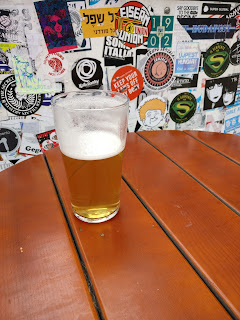 It's a Friday afternoon, it's sunny and I am having a pint of Marble Table Beer outside the Euston Tap with Michelle, I think you'll agree there are worse ways to start the weekend!
We were due to meet friends at The Parcel Yard for lunch but decided to have a couple of warm up beers en route, via the aforementioned Euston Tap, followed by The Euston Flyer (a Fuller's establishment along the Euston Road). I always look forward to a visit to the Parcel Yard, tucked away at the back of Kings Cross station, past Platform 9 3/4, it really is a beautiful place to spend time with friends (I can recommend the burger, the sandwiches and the fish n chips). 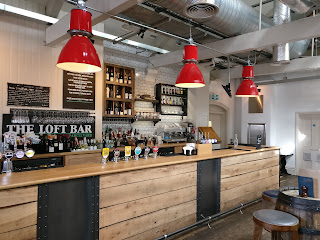 Next up was a visit to The Queens Head on Acton Street, a stone's throw away from probably the worst Travelodge you are ever likely to stay in (I know how to show a girl a good time!!). 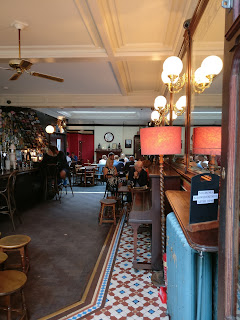 The picture above was taken before 5pm, after 6pm it was busy inside and out, however it is well worth a visit, especially if you pick a night where there isn't a large number of young "screechy" and excitable girls in attendance. Excellent beer choices, the highlights here were The Kernel Pale Ale Citra and Siren Project Barista Turkish. I'd like to revisit when it's a bit quieter for longer as the place certainly had a charm about it.

On our way to Belgo Kings Cross (closer to Farringdon than Kings Cross in my opinion) we decided to stop at the Union Tavern, which took us past a nicer looking Travelodge, we looked on in envy and vowed never to talk of such things again. A couple of beers and a cheeseboard had everyone smiling again and I must say that the staff were very good and it is a pub I could spend some meaningful time in with cask and keg both well represented.

Time for some Belgiany beer.....Belgo is a chain, but, not one I had ever ventured into before. The one we went to is attached to a rather swanky wine/cocktail bar (more about that in part two) and the Crown Plaza hotel. It's smart, it's pricey but it was perfect to finish off the evening. And, they also have the best high chairs EVER! 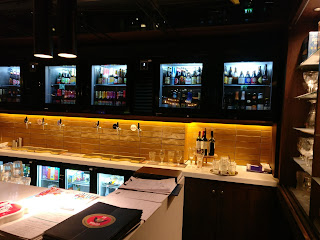 Everything is very well presented, and although most of the beer choice is bottles, there are a few taps, including an old favourite of mine - Stella. I however indulged in a Trappistes Rochefort 10, a Saison Dupont and lastly, the Straffe Hendrik Brugs Tripel.

All in all, a very solid start to a beery weekend in the smoke. The four of us made our way back to the hotel that shall not be named looking forward to what the Saturday would bring.