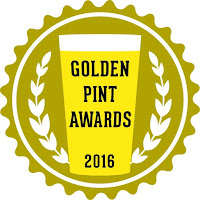 Best UK Cask Beer:
Ghost Ship by Adnams, when it's on top form it is a wonderful session pale ale, bags of flavour and really showcases what cask can and does bring to the table (luckily I can usually get this beer fairly easily, living as I do in North Essex, an hour or so away from Southwold).
Hophead by Dark Star, Landlord by Timothy Taylor, Citra by Oakham and anything on cask by Elusive Brewing are also worthy of a mention.

Best UK Keg Beer:
Neck Oil by Beavertown, despite not having been to the Beavertown tap room (shame on me) I have now started to discover this in other London establishments, and I love it just as much as the canned version, a low abv beer to saviour.
Honourable mention to Sambrooks for their IPA (modern robust English version), despite being a bit punchy at 6.2% it is very drinkable.

Best UK Bottled Beer:
Three’s Company – Cloudwater, put me in mind of DIPA V3, but, so very much more rounded and drinkable, and, let's face it the DIPA V3 was a great beer.
Unhuman Cannonball 2016 & BTD 04.11.2016 (and to Buxton for Yellow Belly, which I first sampled after I had written my Golden Pints 2015) were also beers of outstanding quality.
Also, a special shout out to The Kernel, who consistently deliver great bottled beers.

Best UK Canned Beer:
Beavertown – Bloody ‘Ell, this beer delivers every year, and, 2016 was no exception.
Dead Pony Club by Brewdog (Still one of the best low abv beers around), Cannonball by Magic Rock (ever consistent) and usually anything from Four Pure (#trainbeers) were worthy contenders.

Best Overseas Draught:
Sierra Nevada Pale Ale. Consistent quality and available in bars that wouldn't always be my first choice for beers, for this I am grateful.

Best Overseas Bottled/Canned Beer:
Bourbon County Brand Stout (2016) 14.5%, this was delicious fresh from the keg, and, I should know, I drank quite a bit, allegedly......
Cuivre (Bourbon Barrel Aged) by Le Bruery (16.2% of delicious sumptuous beer courtesy of Justin @ SXBottleshare) and Jai Alai by Cigar City (delivered fresh from Florida courtesy of Steve), also, Resin by Sixpoint, great value at your local Wetherspoons. 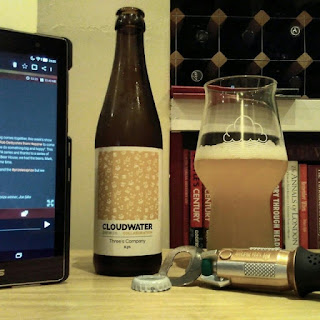 Best Overall Beer:
Three’s Company – Cloudwater (did you not guess?). No further comment necessary, well, apart from I hope that they brew it again in the future, please someone, make it happen.

Best Branding:
Anything from Beavertown. The Lupuloid cans look great, having said that, I can’t not mention Magic Rock cans can I? Branding continues to evolve and cans really do seem to be taking the lead.

Best Pump Clip:
Fullers London Pride, immediately recognisable, and, at times, quite comforting if in a pub with a lack of other choices.

Best Bottle Label:
The Kernel - simple and distinctive. Perhaps could even be considered a design classic already.
This is the same as last year, and, nothing I have seen in 2016 has changed my mind.

Best UK Brewery:
Cloudwater – Simply because I seem to have a beer from them on a weekly basis (Michelle, my girlfriend does love a fluffy cloud), and, why do I have so many beers from them - simple really, variety and consistency - top notch.
Shoutout to Buxton, Magic Rock, Adnams and Fullers - there's a place in my beery world for new and old alike if they continue to produce beer I love. 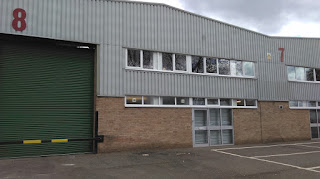 (Behind these unassuming doors the Cloudwater magic happens)
﻿
Best Overseas Brewery:
Cantillon. I have long been a fan of Cantillon, and, have done the tour/tasting a couple of times, but, after attending the Quintessence in May this year, my love for them was cemented, you can read about my experience here.

Pub/Bar of the Year:
The Ale House in Chelmsford, the home of the SXBottleshare. Without this place, and their support, we would not be approaching our 2nd anniversary in Feb 2017. And, off the back of that, I now have a wider circle of very good friends.
Mentions for the Hop Beer Shop in Chelmsford, The Victoria in Colchester and The Globe near work. Also, The Parcel Yard at Kings Cross remains one of my favourite pubs in London, and, a place I visit regularly.

Best New Pub/Bar Opening 2016:
Stone Berlin - I waxed lyrical about Stone here, well, I went on about it, a lot! My visit there in Sep remains a highlight of my beery year in 2016.

Beer Festival of the Year:
Craft Beer Rising & Cantillon Quintessence - Can't split these two, both very different festivals, but, both well organised/executed and, if you can get to either or both, do so! It does have to be said that I did rather fall off the cliff at Craft Beer Rising, but, what I do remember, can be read about here.
Mentions - Indy Man & Birmingham Beer Bash, plus the old favourites that are the Chappel Beer Festival the Harwich Town Brewery Beer Festival.

Independent Retailer of the Year:
Liquorice in Shenfield has become a firm favourite with me this year, especially as it is only 5 mins from the train platform. Shenfield is a busy junction on my train line and affords me the ability (if I time it right and the train operator uses the timetable) to hop off, pick up the beers, and hop back on the next train. However, all of that practicality would be of little use if the selection was pants, I can assure you it isn't. Traditional bottled beers, especially those from local breweries such as Brentwood share shelf space with the likes of Beavertown, Kernel and Magic Rock. Keep up the great work Dan.
Hops Burn & Black is also worthy of a mention, simply because of the fun times I have had there when the Beer O'Clock Show live shows were recorded. Great selection of beers and your hosts, Glen and Jen couldn't be friendlier, go visit if you can.

Online Retailer of the Year:
ABM - They were my winner last year and they remain number one for me, largely because of the service they provide when I am running a work beer tasting event, tops, thanks guys. Also, their shop front in Billericay has been host to a few SXBottleShare Xtra events this year, all of which have been thoroughly enjoyable.

Best Taproom:
Wylam has leapt into the number one position from out of nowhere. This was the starting point of the crimbocrawl this year and what an amazing start it was too. The location, the building inside and out all stunning. Put me in mind of Stone Berlin, but, what this place has is the view from the inside looking out, simply lovely. But what about the beer? I like Wylam beers and there are plenty to choose from, cask and keg alike with a decent bottle selection from some very good breweries tucked away in their fridges. If you go to Newcastle - a must do. 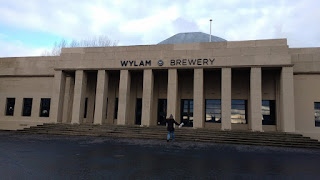 Simon Johnson Award for Best Beer Twitterer:
Sparkyrite - Simply for making me laugh, whether it be beer related or not, who cares?

Best Beer Blog / Website:
Beer Compurgation by Mark Johnson for being incisive and cutting in equal measure, but, still entertaining. This is a blogger who takes no prisoners, friend or foe alike. And, he started a trend #fishmosaic.
Too many others to mention honourably (or otherwise), but, you know who you are (listed on my blog page) and I look forward to reading your beery posts in 2017.

Beer Podcast of the Year:
Until Mark & Steve stopped - Beer O'Clock Show was something I looked forward to on a Friday at 6pm, and, I am honoured to have become associated in some small part in the shape of Hopinions.
Therefore, the winner is Steve & Roland's Beer Podcast, short snappy reviews of the weekly BeerBods beer (there you go, my short snappy reason for them winning).
Honourable mention for Beernomicon, these guys have to date released 16 podcasts and  have enjoyed them all, although I have to admit, the ones where they crack open their Mikkeller cases have been my favourites so far! And, as always, I love the interaction between Wayne and Janice aka The Irish Beer Snobs (also, a shame that Michael Lally has stopped his Bush Craft podcasts, maybe they will return one day).