I have three events I would like to share with you this week.
The first one was a rather intimate affair on Wednesday at an Off Licence called Liquorice, based in Shenfield, Essex. I have rather an affection for the humble Off Licence, having lived above an Unwins for 12 years so it is good to see an independent one thriving in this day and age. An excellent selection of wines can be found, as well a fantastic selection of gins and other spirits, however, it is the beer range that pleases me the most - both real ale and craft beer sit side by side in bottles and cans (I now have Ebony & Ivory in my head).
It was the craft beers that 7 of us got to try in their tasting room at the back of the shop, along with some curry and naan breads from the local Indian restaurant:
Pils by Lagunitas Brewing Company
Quelle Saison 2015 by Beavertown
There were 109 beers and 41 ciders on offer, you could purchase 1/3, 2/3 and full pints (although one guy behind the bar was convinced you could only buy 1/3 pints or pints, however, everyone else behind the bar was ok when I ordered 2/3 pints), the beers were numbered in the programme and on blackboards above the bars which made it easy to order/serve. These could be paid for in cash or by tokens (1 token = 1/3 pint) purchased online in advance, in fact there was a choice of packages, and, entry to the festival itself was free. Music, workshops, and food were all on offer and the programme that accompanied the 4 day festival was nicely laid out. Plenty of seating was available and there were a number of portaloos too.
There has been a lot of talk recently about beer festivals, and the price point of said festivals - this one I would say got it just about right, I paid a fair price for what I drank.
Incidentally, my beer of the festival was Silures by Celt Experience, a very nice American Pale Ale which didn't stray into IPA territory.
Well done to all those involved, I hope this becomes a regular event in the calendar. 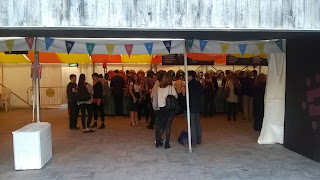 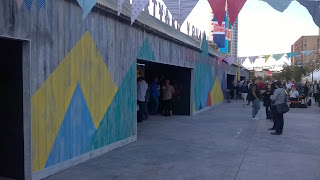 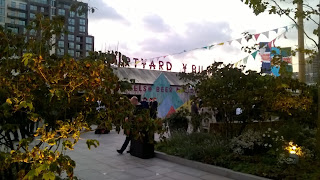 Next and final stop was my annual visit to the 29th Chappel Beer Festival at The East Anglian Railway Museum, on Saturday. This is most definitely one of the highlights of my beer calendar, I have only missed one Saturday in the last 10 years. The setting as you can see is rather nice, and, it is also an event I share with my son, in fact on the Saturday a number of families can be seen which makes for a very friendly atmosphere, especially if you get nice weather (British summer, so, can be a bit hit and miss). There was also a lot of fancy dress this year - Star Wars characters being especially popular.
There is a small entrance fee, however, if you are a CAMRA member, entry is free.
A festival glass is £3 (refundable, however, I always keep mine), then you buy a beer card which makes the process when getting your beer cashless and simple.
This event runs for 5 days with the Friday night being a ticket in advance only affair. A word of warning, by the Saturday, stocks are running low, although you will be pleased to know that I managed to get by during the 5 hours I spent there, leaving only to waste my time watching my football team.
Beer highlights were Jarl by Fyne Ales, a single hopped ale using the ubiquitous Citra hop. This beer packs loads if flavour and character into it's 3.8% abv. In contrast to Jarl, the Audit Ale at 8% by Lacons was a delicious slightly sweet (think marmalade), but, not cloying Barley Wine, well worth a try.
To be honest, I didn't have a bad beer, and, all were in good cask condition, so, well done to all the volunteers - I'll be back! 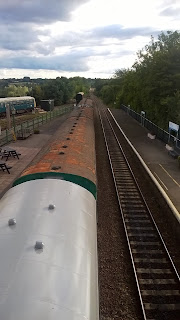 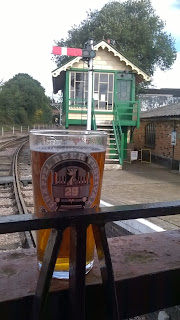 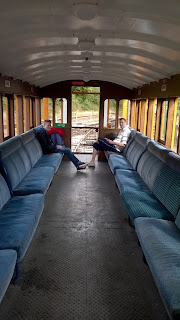 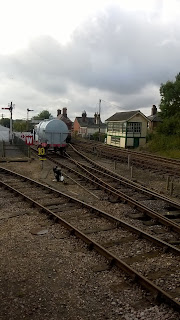